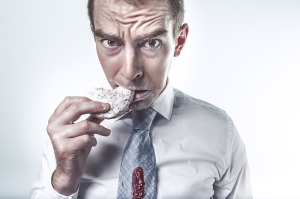 FDA: Partially Hydrogenated Oils Must Be Removed from Food Products Within 3 Years

Limiting trans fats in processed foods is a step in the right direction. Let’s all say it together though…processed foods as a category are not good for health. Limiting and ultimately removing processed foods from the diet is our most important action.

In 2013, the FDA ruled that partially hydrogenated fats, or trans fats, were no longer generally recognized as safe (GRAS). This is the next step in reducing consumer exposure to this ingredient.

Trans fats, along with numerous chemicals, are used to prolong the shelf life of foods, in some cases for months or more. Currently, companies can claim that a product is free from trans fats if it contains less than 0.5 g per serving, so vigilance reading labels and a tad of elementary math (watch serving sizes) is necessary. It’s still in there, in amounts detrimental to health. For those who rely on processed foods as a staple in their diet, this will probably have no more than a modest effect on health.

I think that the strongest impact of this ruling will be on childrens’ health. I have 2 young kids, and it seems that every time I turn around, someone is throwing some sort of processed snack food containing trans fats and other poor quality fats their way, always sugar-filled as well. This happens at school, soccer games, some businesses, and from well-intending acquaintances. I think of it this way: children are actively building every organ in their body, as well as developing their hormone, neurological and immune systems, and replacing critical fats with poisonous fats will create havoc now and down the road. Packaged foods are easy, they hold a strange novelty for kids, but an apple or other fruit with nut butter is just as easy and portable. Let’s do our kids a favor and give them real food. Let’s do it for ourselves too. Real food (produce, protein, nuts, seeds, and whole grains) is the best choice all around.

Food manufacturers must remove partially hydrogenated oils — the major source of artificial trans fats in processed foods — from their products within 3 years, the FDA has announced.

The agency finalized its determination, first proposed in 2013, that partially hydrogenated oils are not “generally recognized as safe” for human consumption. This action — in part a response to citizen petitions and based on data linking trans-fat consumption to health risks — will reduce coronary heart disease and prevent thousands of fatal myocardial infarctions per year, the FDA predicts.

After June 18, 2018, companies must petition the agency for approval to add partially hydrogenated oils to their products.